Check out the full update, 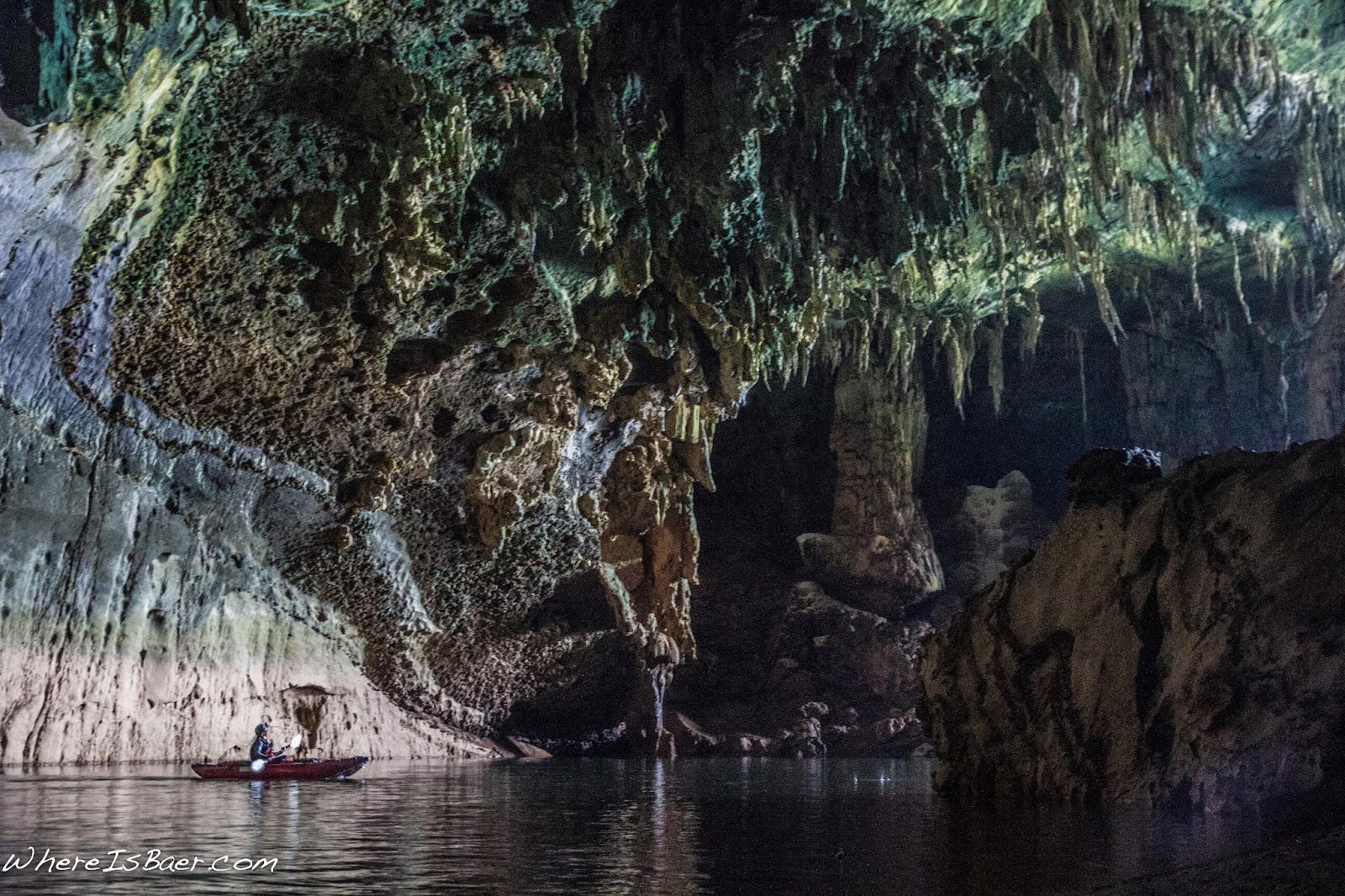 There are several caves in northern Central America that can be run- Caves Branch of the Sibun is a major tourist attraction of Belize with multiple caves in succession and one you better know not to enter,Barton Creek Cave has Mayan artifacts -abundant speleothims -and bats,Candelaria Cave (s) in Guatemala, La Ventana on Rio Yaguala in Honduras, and on Rios La Venta and Chich in Chiapas. Most are mellow rivers ,Yaguala is 4+ ,but I don't know if anyone has run La Ventana since Hurricane Mitch in '99.I think Chich has the more intense cave to deal with.Pretty cool that the cave you did had light rapids,don't think I'd want more than III under those conditions.
On Barton they use car batteries in a canoe to run spotlights ,when they turned them off you were in the darkest place I have ever been .Blue Creek Cave supposedly passed the log test,the log came out intact after a reasonable amount of time. Semuc Champey did not pass ,the log came out in pieces after a much longer time and there is serious whitewater leading directly into the cave.I'm not even clear if the section above the cave has ever been run.At the bottom of Semuc Champey you can jump off a 40 - 50 ft.cliff and swim over to the exit of the cave and climb up into it into a world of dripping , percolating,and roaring subterranean water ,awesome spot.

also Popo Agie(?) sea caves off phuket. thought I read about boating a cave in the Philippines....very cool what you do...always surprised at the lack of responses
C

Joined Apr 20, 2007
·
2,463 Posts
Good thing there are some tough rapids above that Laotian cave.It will help keep it from eventually being overrun by tourist operations like the Caves Branch and Phuket have been.
P

Joined Jun 19, 2015
·
2 Posts
Anybody know good spelunking caves in the US? (Wv?) Not necessarily to paddle in, but to have an enjoyable and not too dangerous day out (in).
B

This is an older thread, you may not receive a response, and could be reviving an old thread. Please consider creating a new thread.