We need to comment and fight this. In a wilderness area of all places, and then another in Park County.

Joined May 27, 2012
·
669 Posts
"Booming", as in overpopulation, disregard for how we are squeezing wildlife out of their habitats, trampling sensitive ecosystems (every trailhead I passed yesterday was full of vehicles, some parked without regard to designated spaces), lack of true water conservation methods (must have that green lawn and trees and shrubs in street medians!), and loss of the drive, passion and spirit of Abbey, Brower and other environmental "radicals" that could possibly keep us from living in a dust bowl 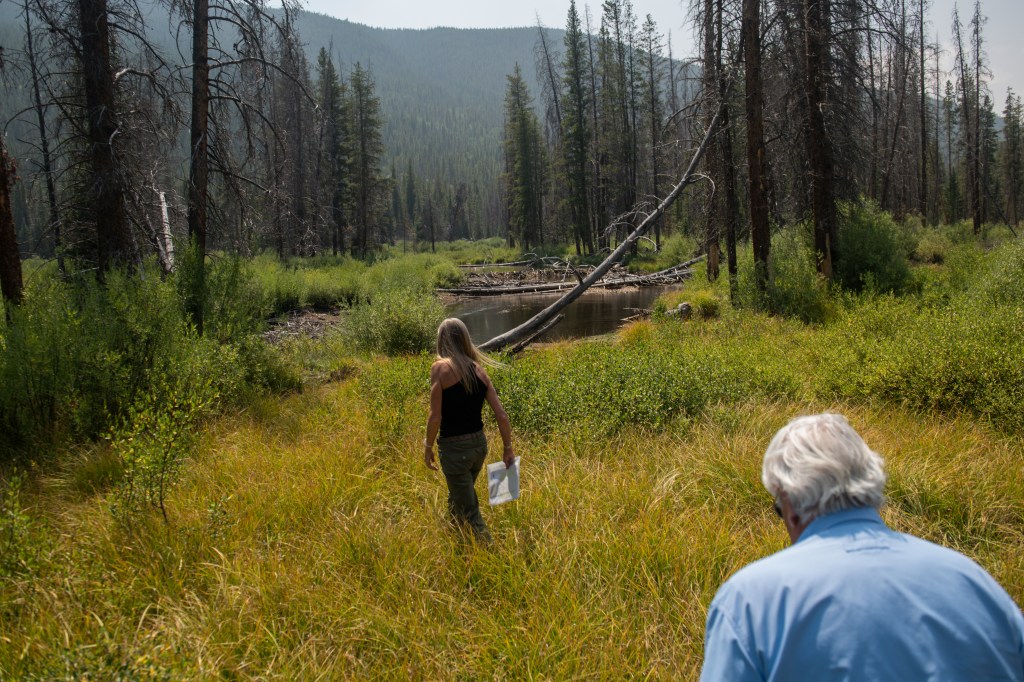 As Colorado’s climate continues to warm, bringing with it more frequent drought these past 20 years, water is an increasingly valuable commodity — and one that’s absolutely necess…

Hopefully y'all can read the whole article without interruption

Joined Nov 20, 2015
·
909 Posts
One big issue I see here, and I'm sure some won't agree with me, but at the end of the day, water and the environment is not only necessary, but crucial to our existence. More people in the cities, which are already overgrown and unsustainable, are far from necessary and crucial. I know folks in AZ who see nothing wrong with their swimming pools and Kentucky bluegrass lawns in the middle of the desert, an unsustainable environment, but they insist they are entitled to the water to fill the pools, water the expansive golfin pastures, and grow their water intensive landscaping.

All this to the detriment of the places that the water comes from, and in this case, Colorado's sprawling front range, which has spurred such projects as Dillon reservoir, Homestake, the Fry Ark project, Pueblo reservoir (which really doesn't affect anything as it was built on barren wasteland), however provides little other than a transfer point as Kansas and points east own much of the water thru the "Winter Water Storage Project" turn a blind eye to the ecosystems they continue to exploit and degrade. Then proposals (long dead thanks to the public opposition from the places the water comes from) such as "The Big Straw", Two Forks Dam and other massively environmentally damaging proposals. Sorry for the run on sentence...

I understand the desire to live here, I really do, but there's a limit to the resources available to sustain that. Just as the Forest and public lands managers are now struggling to deal with the over-tourisim we're experiencing trashing the resources with litter, feces, and de-vegetation, as apparently the big cities they desire, are also something to abandon in search of recreation opportunities. I for one would feel a lot less imposed upon if those in the cities xeriscaped their landscapes, including medians on the roads, and the parks, and did their part to conserve the precious resource of water, instead of running to build more dams and reservoirs. When you come to the mountains, employ LNT, pack out your garbage, treat the vegetation with respect and don't trample it, I could go on but am guessing you get my point.

Back in 1922 when the Colorado River Compact was written, things environmentally were considerably different, Some say thru the period it was written, and the mid 60's the nation experienced considerably higher precipitation rates, and now with the "drought" , we're returning to a more normal level of precipitation, which has left Mead reservoir and Powell reservoir half full, and dropping. Sure, withdrawal from these sources has exponentially increased, but agencies such as the Bureau of Wreck The Nation, and WAPA, could care less, they simply locate and exploit the available resources (in their eyes) to satisfy the need, and lately this exploitation has come with an "At Any Cost" mentality, which is a death sentence for the resource being exploited.

The cities need (in my opinion again) to reign in development and the migration here from other places, as these resources they are wanting to exploit are finite, and the proposals they are coming up with are dated in the 70's at best, a death sentence to the ecosystems they are wanting to exploit, and irreplaceable. "You can't build here any longer, we don't have any more water" is a perfectly acceptable answer to the sprawl, but I'm betting it'll be a phrase never heard in my lifetime.

Proposals such as this one should scare river runners, no matter their method of conveyance, to death. They are preventable, and to oppose them vociferously, an honorable and worthwhile endeavor. In this day and age of dams being demolished, it's abhorrent to me that they are proposing more, to sustain cities, which don't, and never have learned to live within their means. Water Law defines "injury" to the holder of a water right as being unable to use that right due to the actions of another, among other things, holding a right junior to that user. Nowhere does it contemplate injury to the environment as an "Injury" to other "stakeholders", in this case every living being, birds, bears, elk, humans et al. and therefore worthy of protection from injury. This wasn't an issue back in the day when there was plenty of water to go around, but today, in 2020, it most certainly is an issue, and deserves legal protection before the environment is irreparably damaged. Again, likely not in my lifetime..

To quote my very favorite bumper sticker from the 70's, and the battle cry of the two forks opposition, "Frankly My Dear, I don't want a dam"

Growth and water use in the West truly is unsustainable, and Reisner's comments about salinization of the soil and water resources is sobering.

Even if cities and individuals zeriscape their lawns, medians, and parks, it just buys time. It doesn't solve the problem.
M

Joined Nov 20, 2015
·
909 Posts
Yes sir I have, few years ago, but worth the read and and re read...
You are correct in your assertion, however to coin an old phrase, every litter bit helps

Joined May 27, 2012
·
669 Posts
Correct, zeriscaping alone will not solve the problem, but in doing this and, reducing and repurposing, ...it becomes a way of thinking and living for some, perhaps a model for others. We replaced our front and back lawns with artificial turf (horror of horrors!)...eliminates watering, no starting the lawn mower,no pesticides. At first the neighbors looked shocked and dismayed until they actually came over and heard the advantages, now several are looking into doing the same. I love the feel of real grass, don't get me wrong. But I live in basically high desert/plains...what grows the best, meaning without maintenance and minimal water are "weeds", not Kentucky blue grass
Every little bit does help and boy, oh boy....do we need help!

2tomcat2 said:
We replaced our front and back lawns with artificial turf (horror of horrors!)...eliminates watering, no starting the lawn mower,no pesticides. At first the neighbors looked shocked and dismayed until they actually came over and heard the advantages, now several are looking into doing the same.
Click to expand...

Put in a putting green and people will think it's obvious! haha

MT4Runner said:
Put in a putting green and people will think it's obvious! haha
Click to expand...

2tomcat2 said:
Correct, zeriscaping alone will not solve the problem, but in doing this and, reducing and repurposing, ...it becomes a way of thinking and living for some, perhaps a model for others. We replaced our front and back lawns with artificial turf (horror of horrors!)...eliminates watering, no starting the lawn mower,no pesticides. At first the neighbors looked shocked and dismayed until they actually came over and heard the advantages, now several are looking into doing the same. I love the feel of real grass, don't get me wrong. But I live in basically high desert/plains...what grows the best, meaning without maintenance and minimal water are "weeds", not Kentucky blue grass
Every little bit does help and boy, oh boy....do we need help!
Click to expand...

Ya, when I was in prison they only left the showers on for 5 minutes, you talk about saving water.
T

Joined Apr 11, 2014
·
282 Posts
Ahhh prison!!! I watched a documentary on Netflix. Can’t remember the name now. Essentially made the assertion that agricultural practices are where the savings and conservation need to happen. If everyone xeriscapes and takes 2 showers a week it’s still a drop in the bucket (pun!). Raising cattle in the desert and having meat based diets are what is killing water usage. It was interesting to say the least.

Joined May 27, 2012
·
669 Posts
Interesting indeed. Bison raised on the plains are a superior choice in terms of water usage, viability and lean protein. Agriculture served by open water conduits and sprinkler systems has a very high evaporation rate and high saline content in the water that actually is absorbed by the soil....and soils, geez, when I was growing up in Southern California, pesticides were king, both in agricultural and residential use. I realize where my food comes from and try to make informed choices
M